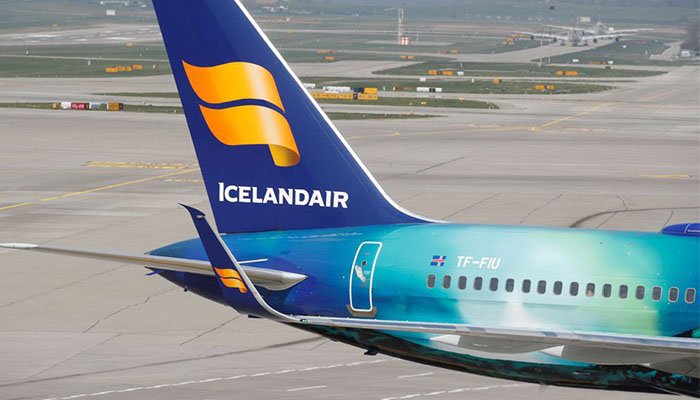 Marisa Fotieo, a woman onboard a flight to Iceland, tested COVID-19 positive mid-flight and had to quarantine the remaining hours in the plane’s toilet, CNN reported on Friday.

On December 19, Fotieo was on an Icelandair flight from Chicago to Reykjavik, Iceland, flying to her final destination of Switzerland along with her father and brother. When the plane landed in Iceland, Fotieo and her family stepped down only after everyone got off, the publication said.

Fotieo told CNN that before boarding the flight, she had taken several COVID-19 tests — about five rapid tests and two PCR tests — which all came back negative.

One and a half hour into the flight, she felt she was getting a sore throat.

Fotieo, an “early childhood teacher” as described by CNN, was fully vaccinated, having also received a booster shot.

As she works with an unvaccinated populace, she keeps on carrying her COVID tests frequently.

She started to panic when she tested positive in the bathroom.

Rocky helped her calm down. “Of course, it’s a stress factor when something like this comes up, but that’s part of our job,” she told CNN.

Rocky said that she tried her best to rearrange seats so that Fotieo could be isolated but unfortunately the flight was full.

“When she came back and told me she couldn’t find enough seating, I opted to stay in the bathroom because I did not want to be around others on the flight,” Fotieo said.

The toilet seat became Fotieo’s seat for the remainder of the flight and on the bathroom door a note was put up which said “out of service”.

Rocky kept on checking up on her while she was quarantined in the toilet, providing her with eatables and drinks.

She bought internet access and informed her school about the development. Her TikTok video which she made in the toilet has been viewed more than 4.3 million times.

Fotieo told CNN that she didn’t feel crammed in the bathroom and was relieved that she was not with the rest of the passengers in the main cabin, especially with her 70-year-old father.

After landing in Iceland, she said that at the airport, tests were run — a rapid and PCR test — and both had a positive result. She was then taken to a Red Cross hotel where she began her 10 days of quarantine.

“Honestly it has been an easy experience,” Fotieo said. “It’s partially due to Rocky and the breed of Icelandic people. Everyone here is so kind,” she said.

‘We don’t have much time left with the Queen’

The Dangers of Online Dating

Disney had made decision to drop Johnny Depp from ‘Pirates’ before Amber Heard’s 2018 article?