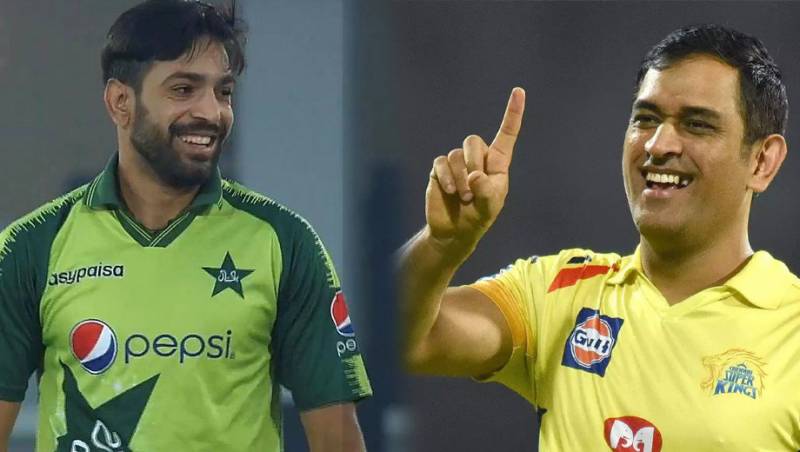 The 28-year-old took to social site Twitter where he shared that he had been gifted a Chennai Super Kings number ‘7’ jersey by the legend cricketer turned coach.

Expressing gratitude to Dhoni, he said “The legend & capt cool @msdhoni has honored me with this beautiful gift his shirt. The ‘7’ still winning hearts through his kind & goodwill gestures. @russcsk especially Thank you so much for kind support”.

The recent development comes months after Dhoni interacted with Pakistani players in the T20I World Cup when the Green Shirts beat the Men in Blue in the mega event.

Meanwhile, Haris Rauf is in Australia for the Big Bash League. The young pacer has garnered a lot of attention in international cricket with his blasting performance.

Rauf has so far played 34 T20Is for team Green and has taken 41 wickets, while in eight ODIs, he has taken 14 scalps.

Where to find a Wedding Costume

Abdullah Shafique rises to the occasion