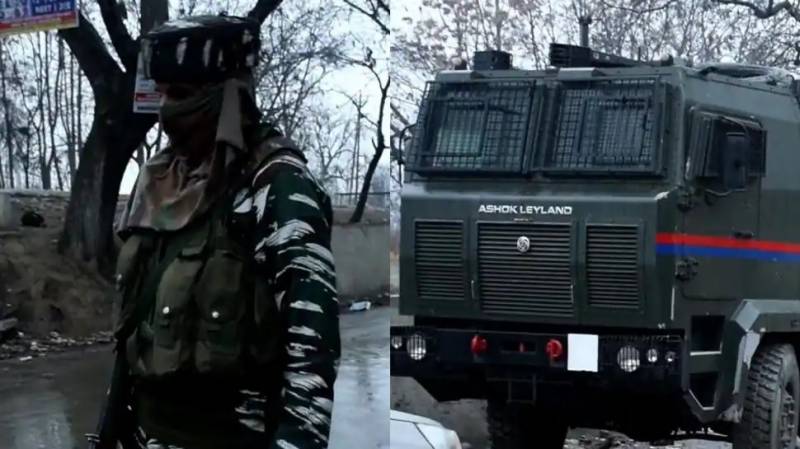 SRINAGAR – Indian troops in their fresh act of state terrorism have killed three Kashmiri youth in Pulwama district of the illegally occupied Jammu and Kashmir.

The youth were martyred by the Indian troops during a cordon and search operation in Chandgam area of the district on Wednesday.

The killings come as Kashmiris are observing their Right to Self-Determination Day on both sides of the Line of Control, with a renewed pledge to continue the struggle for UNSC’s acknowledged right to self-determination to the Kashmiris.

It was on the 5th of January 1949, when the United Nations Security Council passed a resolution supporting the Kashmiris’ right to decide their future by themselves through UN-sponsored plebiscite.

In in this connection, a rally was taken in Muzaffarabad by Pasban e Hurriyat Jammu & Kashmir, International Forum for Justice, and Kashmir Cultural Academy.

Addressing the rally, they appealed to the UN Security Council to implement its pledge made with Kashmiris in 1949 and set them free from Indian tyranny.

In a statement, Senior APHC leader Mirwaiz Umar Farooq said that unabated genocide of the oppressed Kashmiris by Indian occupational forces and brazen violations of international laws and commitments by India have brought the whole world at the brink of yet another global war.

He warned that the use of force, repression and propaganda being pursued as a state policy by India in IIOJK will prove counterproductive and fatal.

Other APHC leaders in their statements deplored that the failure of the UN to implement its resolutions and hold India accountable for its brutalities in IIOJK resulted in the continued sufferings of the people of occupied territory.

War in Ukraine will have ‘severe impact’ on global economy: IMF

How you can find a Legitimate Mail Order Bride

Why you ought to Update Your Google android Apps