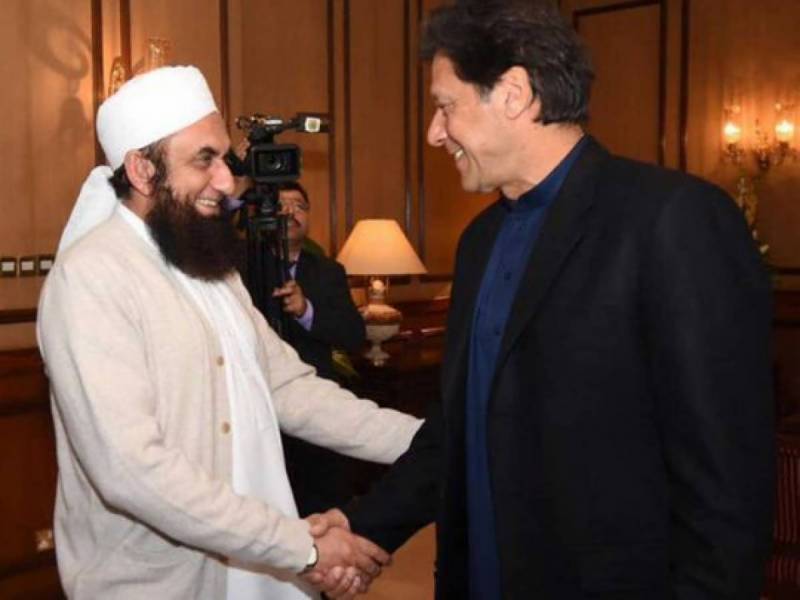 Reports in local media said the premier and Deoband scholar discussed basic values of Rehmatullil Alameen Authority and Riyasat-e-Madina and the role of these steps in shaping the lives of youth.

PM, during the meeting, said we can only progress as a nation if we follow the teachings of the Prophet Muhammad PBUH while the member of the Tablighi Jamaat commended the PM’s efforts to implement the welfare model of the Riyasat-e-Madina in Pakistan.

He also emphasized the character development of the youth in the light of the Prophet’s teachings.

Recently, PM during a dialogue with Muslim scholars of the world held under the aegis of National Rehmatul-Lil-Alameen Authority on the topic of “Riyasat-e- Madina, Islam, society and ethical revival”, opined that a society had to take a stand against corruption making it unacceptable.

Global Muslim scholars vowed to jointly deal with issues emanating from globalization and a plethora of untamed information on the internet through proper guidance of the Muslim youth.

In October 2021, PM announced the constitution of the Rehmatul-lil-Alameen Authority to monitor textbooks, saying he would oversee the work of the proposed authority, which would be headed by a religious scholar.

Timeless Oscars Trends You’re Sure to See Again This Year

Here’s How to Get a Free M.A.C Lipstick This Weekend