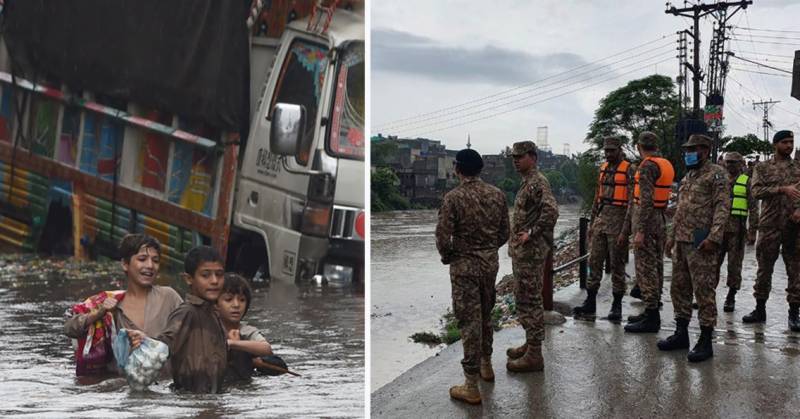 RAWALPINDI – The situation was said to be particularly perilous in the country’s federal capital, where the Metropolitan Corporation Islamabad issued a red alert amid heavy rainfall and flooding risk.

The Islamabad administration said Sector E-11, Soan Gardens, Bhara Kahu, and Korang Nullah other with adjoining areas are expected to be inundated following a heavy downpour.

Meanwhile, a control room has been set up which will be effective 24/7 to respond to flood-related issues as a top priority. Fire Operations and Urban Search and Rescue squads have been set on high alert to respond to emergency calls.

In wake of flash flooding, the capital administration has also imposed an emergency in the hospitals ahead of the possible destruction due to the rains forecast.

Reports forecast moderate to heavy rain in twin cities and in parts of Punjab. PMD also issued a warning of downpour-induced landslides and flash floods for upper Khyber Pakhtunkhwa, Azad Jammu and Kashmir, Gilgit-Baltistan and Balochistan.

In a similar development, a large number of tourists remained stranded in Murree and flights faced delays as rain continued to lash the federal capital and Rawalpindi for the fourth consecutive day.

The district administration has also imposed a ban on entry of more vehicles in Murree as Due snowfall continued which caused heavy traffic congestion.

Tourists flocked to northern areas however, due to rush of visitors, many families ended up getting stranded on roads. It has been reported that over 100,000 vehicles entered the hill station.

The Dangers of Online Dating