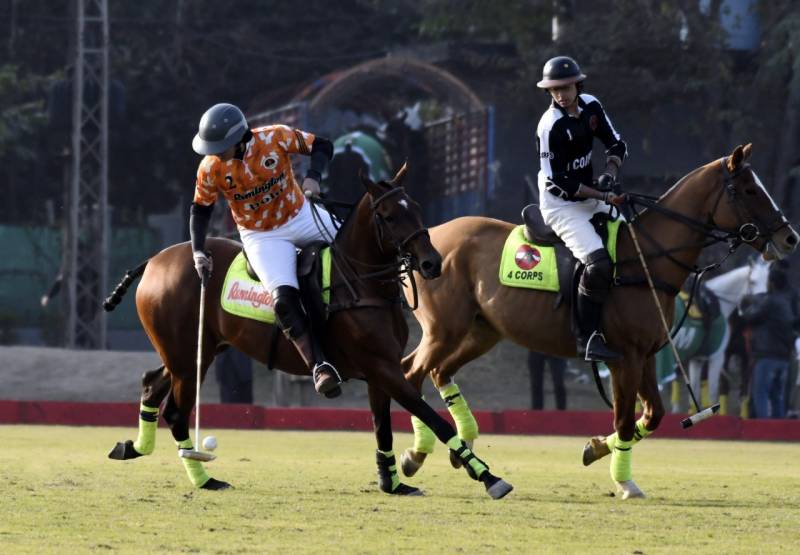 LAHORE – Remington Pharma won the opening match of the New Year Polo Cup 2021 that got underway here at the Pakistan Park Cavalry Ground.

In the opening match of the tournament, Remington Pharma played superb polo against BX Colts and won the match by a good margin of 9½-5. Basel Faisal Khokhar and Agha Musa Ali Khan were in sublime form and played outstanding polo throughout the match and emerged as heroes of the day from the winning side. They converted three tremendous goals each while their teammate Mustafa Aziz also played well and contributed with a brace. They were also enjoying one and a half goal handicap advantage.

The players of team BX Colts also showed quality polo skills and techniques and gave tough time to their opponents. Muhammad Matloob Aizad was in good form as he succeeded in converting a convincing hat-trick of goals from BX Colts while Mustafa Zeeshan and Hashim Agha pumped in one goal each but their efforts couldn’t bear fruit, as they lost the match by 5-9½.

Talking to the media soon after registering impressive victory, Basel Faisal Khokhar of team Remington Pharma said: “I have been working and training very hard and trying to play high-quality polo in every tournament. I am trying to play better polo in every match and my ultimate goal is to become a successful as well as a professional polo player.”

PML-N to give CM Punjab slot to PML-Q: sources