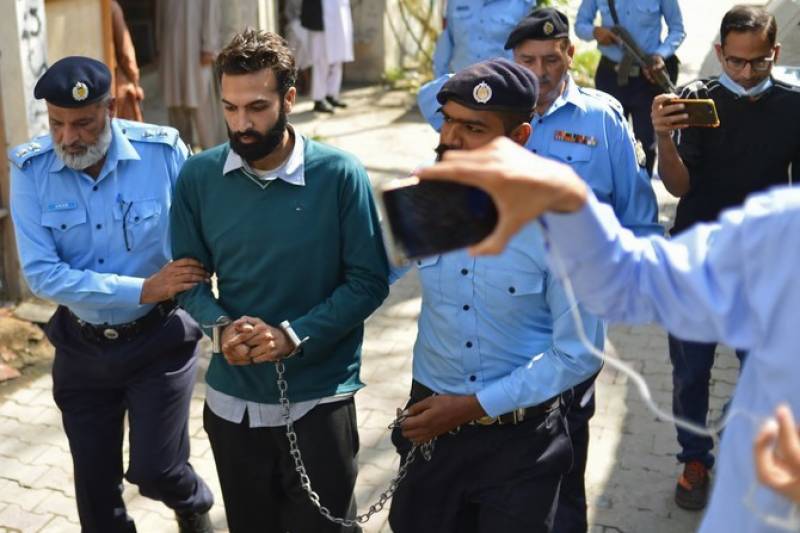 ISLAMABAD – A court in the federal capital has ruled that Zahir Jaffer, the prime suspect in the Noor Mukadam murder case, was not suffering from any mental illness and used it as an excuse to “get rid of criminal liability”.

The court issued the verdict on an application filed by the legal team of Zahir Jaffer, seeking the constitution of a medical board to determine his mental health.

Noor Mukadam (27) was found murdered at a residence in the capital’s upscale Sector F-7/4 on July 20, 2021. A first information report was registered the same day against Zahir — who was arrested from the site of the murder — under Section 302 (premeditated murder) of the Pakistan Penal Code (PPC) on the complaint of the victim’s father, Shaukat Ali Mukadam.

In the four-page judgment, the Islamabad district and sessions judge wrote: “Facts and attending circumstances reveal that the accused is not suffering from mental illness”.

“Such afterthought plea has been raised just to get rid of criminal liability… Therefore, application in hand is dismissed.”

The judge highlighted that the plea to form a medical board should have been filed by suspect’s family or close friend if he had been suffering from mental disorder.

The judge said that the defence counsel first raised the issue of mental illness on Dec 1.

“No such objection has ever been raised before the learned magistrates at remand stage as well as before this court,” the court observed.

“Now the trial is going to end very soon and then the objection regarding mental state of the main accused has been raised.”

The court also noted that the insanity plea had been filed without providing any previous record of accused’s mental health.

“The court also tentatively examined the accused Zahir Zakir Jafar on 08.12.2021, but nothing such disability has been observed,” the judgment read.

The advantages of Online Dating

Babar Azam among most expensive players in The Hundred draft