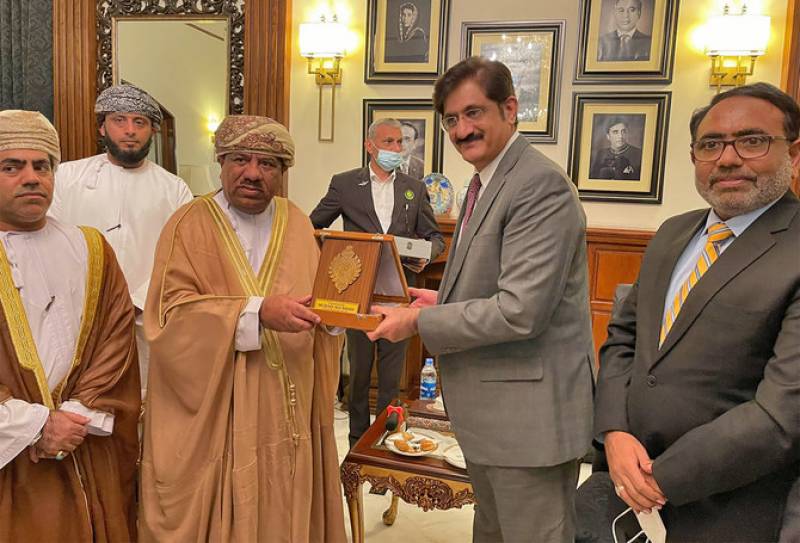 ISLAMABAD – A 15-member Omani business delegation arrived in the Pakistani port city of Karachi on Tuesday.

The delegation, led by Eng Redha Jumma Al Salih, chairman of the Oman Chamber of Commerce and Industry (OCCI), and Pakistan’s Ambassador to Oman Ahsan Wagan, expressed its interest in investment opportunities in the Sindh province, the Pakistani embassy and Sindh chief minister’s office said.

The Pakistani embassy in Oman tweeted pictures of members of the delegation being handed bouquets by people at Karachi airport upon their arrival. The delegation was “warmly received” by the brotherly people of Pakistan, it said.

The delegates met Sindh Chief Minister Murad Ali Shah at his official residence and discussed investment opportunities in different sectors. “The Omani delegation told the chief minister that they have an interest to invest in the fisheries sector, agriculture, livestock, construction, water supply and education sector,” the Sindh CM’s office said in a statement.

On this, the chief minister put them in touch with the Sindh investment department for a list of different projects for further coordination, the statement said.

CM Shah said Karachi, being a port city, had vast investment opportunities and his government worked as a partner with the private sector to execute mega projects.

Pakistan and Oman enjoy close, brotherly relations and cooperate in various sectors, including defence, economy and tourism. Thousands of Pakistani expatriates have played an integral part in Oman’s economic development so far.

The OCCI delegation head urged the chief minister to encourage his people to invest in health care specialties, such as cardiovascular diseases, liver transplantation and Cyberknife non-surgical robotic radiosurgery, in Oman, the statement said.

To this, the Sindh chief minister said his medical team would coordinate with OCCI in this regard. “We both are next door neighbours and Muslim brothers, and we should come forward to take benefit from each other’s expertise,” he said.