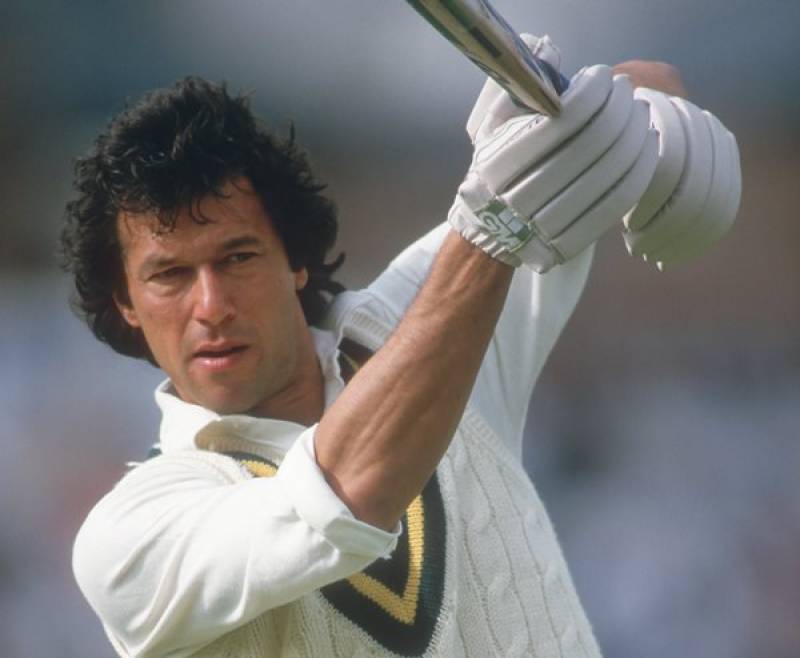 LAHORE – Former Pakistan captain Imran Khan retired from his 21-year Test cricket career on this day in 1992, shortly after winning the 1992 World Cup.

Khan led the Pakistan cricket team to its first World Cup title in Australia beating England in the final.

In 126 innings, he amassed six centuries and 18 half-centuries, while his bowling record included six ten-fors and 23 five-wicket hauls.

Khan was one of the game’s greatest all-rounders, alongside Ian Botham, Richard Hadlee, and India’s Kapil Dev.

He made his Test debut against England in Birmingham on 3 June 1971 and retired following the Sri Lanka match in Faisalabad on 7 January 1992.

The former cricketer played 51 Tests in the latter decade of his international career, averaging a remarkable 50 with the bat and 19 with the ball.

Khan was a member of the Pakistan squad that drew a series against the then-dominant West Indies, who blew away every team they faced.

He also captained Pakistan’s cricket team to a series victory over England at Headingley.

Will be Mailorder Birdes-to-be Legal in the US?