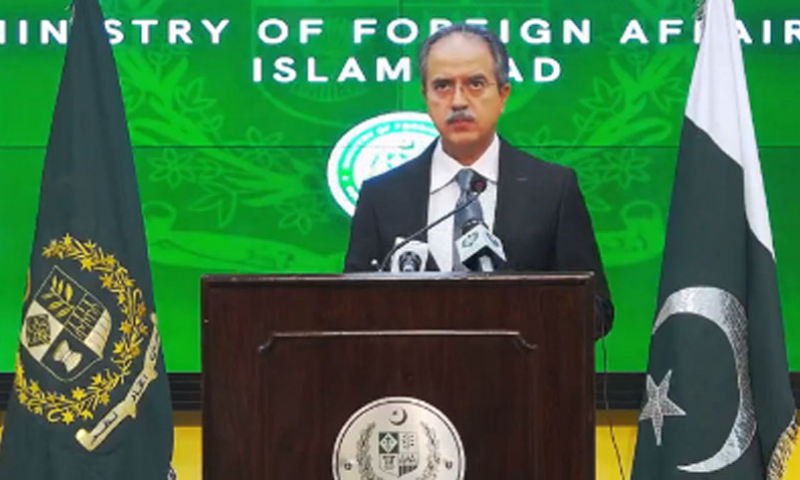 The Foreign Office (FO) on Friday categorically rejected the “false claims and tendentious remarks” by the Indian Ministry of External Affairs spokesperson regarding the South Asian Association for Regional Cooperation (Saarc) and Indian Illegally Occupied Jammu and Kashmir (IIOJK).

According to a report by The Express Tribune, Foreign Minister Shah Mahmood Qureshi on Monday had reiterated Pakistan’s invitation to India and other members of Saarc for the next summit in Islamabad, adding that New Delhi could join the moot virtually if it did not want to attend in-person.

No Saarc summit has taken place since 2014. The 19th summit, scheduled to be held in 2016 in Islamabad, could not go ahead after India pulled out, blaming Pakistan for an attack on its army brigade in Uri – a town in occupied Kashmir. Under the Saarc charter, a meeting of the heads of government cannot be held if any one of the member states does not join.

In response to Qureshi’s remarks, Indian Ministry of External Affairs Spokesperson Arindam Bagchi told the media on Thursday that it was “aware of the background” regarding why the summit had not been held since 2014.

“There has been no material change in the situation since then. Therefore, there is still no consensus that would permit holding of the summit,” he was quoted as saying by Hindustan Times.

“Motivated by its partisan reasons, and acting in violation of charter provisions requiring exclusion of bilateral issues, India was responsible for stymieing the 19th Saarc summit scheduled to take place in Pakistan in 2016,” he said.

“Pakistan hoped that India would review its self-serving approach and enable the Saarc process to move forward for the progress and prosperity of the peoples of South Asia. For its part, Pakistan remained ready to host the next Saarc summit as soon as the artificial obstacles created in its way were removed,” the statement said.

During his media briefing, the Indian official was also asked about Prime Minister Imran Khan’s appeal to the international community to take action on the situation in IIOJK.

According to the Hindustan Times report, Bagchi responded by saying that occupied Kashmir was “an inalienable and integral part of India”.

He was also quoted as saying that the remarks were made “by the prime minister of such a country that openly supports cross-border terrorism, which gave refuge to Osama bin Laden, and whose shocking human rights record the world is familiar with”.

The FO spokesperson addressed these comments and said that no amount of obfuscation and misrepresentation by Indian officials could hide India’s state-terrorism in IIOJK.

“India must abjure the use of state-terrorism as an instrument of policy. Pakistan will continue to resolutely oppose Indian machinations and expose its anti-peace agenda imperiling regional peace and security,” he added.

He called on Indian to recognise the reality of the just, legitimate and indigenous Kashmiri struggle , respect the wishes of the Kashmiri people, and grant them their inalienable right to self-determination in accordance with the UN Charter and the relevant UN Security Council resolutions.

Ananya Panday gives her two cents on remakes in Bollywood

‘Kim’s not a bad person,’ says Kanye West after her remarks in ‘The Kardashians’