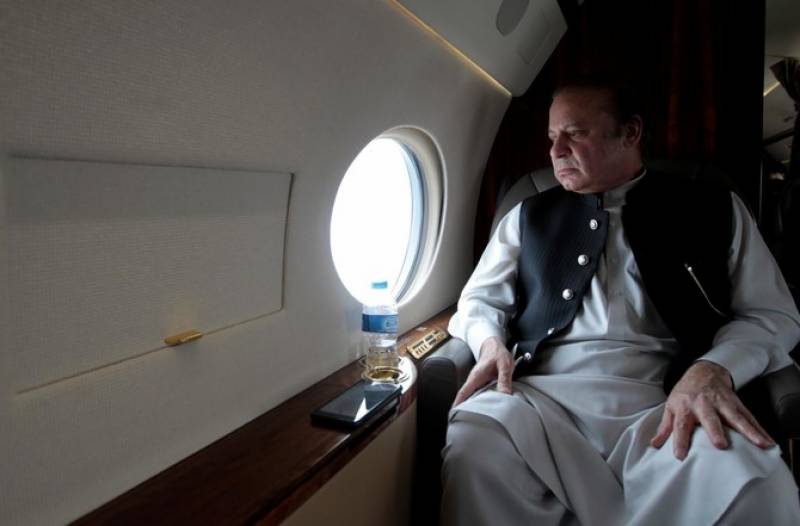 ISLAMABAD – Leaders of the ruling PTI and Opposition have denied the rumours of negotiating any deal for the return of PML-N supremo Nawaz Sharif to Pakistan.

The former prime minister had left the country in 2019 after his seven-year sentence in a graft case was suspended by the Islamabad High Court for eight weeks, allowing him to go abroad to seek medical treatment.

He never returned to Pakistan and was declared a “proclaimed offender” by multiple courts and “absconder” by the government.

In August 2021, the UK Home Department refused extension in Sharif’s stay in the country on medical grounds. He has filed an appeal against the decision with the British Immigration Tribunal.

Rumours about a secret deal between the government and PML-N to bring Sharif back home are rife since the last week.

“He is an absconder, declared by courts. Lifetime disqualified by Supreme Court.”

He claimed that the rumours are being sponsored by the government to divert attention from real issues being faced by the public.

The government wanted to divert attention from a supplementary finance bill, popularly known as the mini-budget, which was tabled in the National Assembly last week proposing withdrawal of tax exemptions on various imported items in order to restore a $6 billion loan program from the International Monetary Fund (IMF).

Talking about the possible return of Nawaz Sharif, he said there were no such plans for now, adding that he will come back to Pakistan after he gets permission from his doctors.

How you can Meet Women of all ages Online