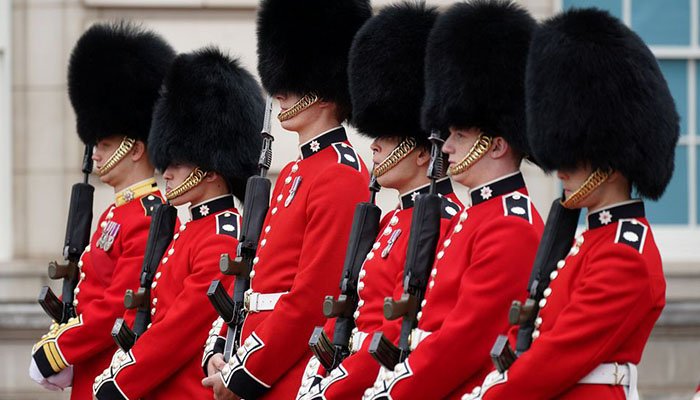 A video has gone viral in which one of the Queen’s Guards is seen knocking over a boy during a march. The guards are seen marching at the Tower of London in the United Kingdom, wearing grey uniforms with bearskin caps, NDTV reported.

Before the collision, someone called out and said: “Make way [for the child]”. However, when the guard continued the march and knocked off the boy who came in his way, viewers were shocked and could be heard gasping.

The boy stood up again as soon as the guards marched over him, he didn’t sustain any injuries, the report said.

The video made its way to social media platforms through TikTok, as it was first shared anonymously on it. Since then, it has been viewed more than 2 million times on Twitter.

‘We are aware of an incident at the Tower of London earlier today during a routine patrol,” the Ministry of Defence said in a statement. He told The Daily Mail that it is “aware of the video and the guard did check on the boy later.”

He further said: “The Guardsmen on duty warned members of the public that a patrol was approaching but the child, unfortunately, ran out in front of the soldier unexpectedly.”

“The soldier tried to step over the child and continued on his duty. Following the incident, the soldier checked on the child and was reassured that all was well,” the spokesperson said.