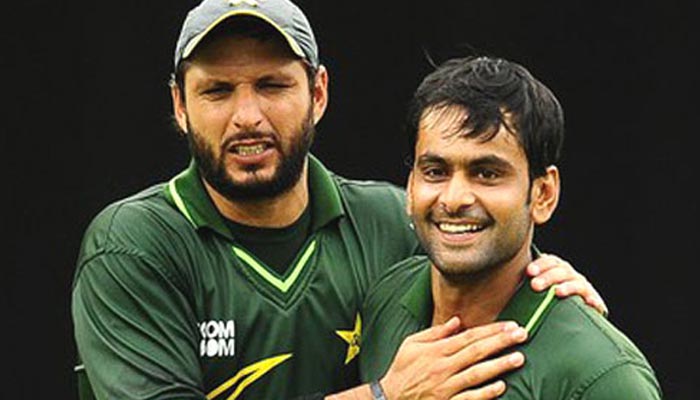 Former skipper Shahid Afridi has said despite veteran cricketer Mohammad Hafeez’s decision to retire, he thinks “The Professor” wanted to continue playing for the national side.

Speaking to a local television channel, Afridi said: “I was watching Hafeez’s statement regarding his retirement, and his body language was hinting towards his wish to play more cricket instead of announcing retirement.”

Afridi said that he has always talked about the communication gap between players and the Pakistan Cricket Board (PCB), saying that he felt the same thing had happened with Hafeez.

He, however, expressed satisfaction that Hafeez did not turn his retirement decision into a major controversy.

Hafeez had announced his retirement from international cricket on Monday.

Hafeez, aka The Professor, had earlier bid farewell to Test cricket in 2018.

The cricketer led the Pakistan cricket team in all formats of the game.

In his 18-year-long career, the all-rounder scored 12,789 runs and took 253 wickets while representing Pakistan in 392 international matches.

Hafeez, now aged 41, started his international career in April 2003, with his debut ODI against Zimbabwe in Sharjah. His Test debut was against Bangladesh in Karachi on August 20, later in the same year.

The Professor played his first T20 match in August 2006 against England while the T20 World Cup 2021 semi-final against Australia proved his last 20-over match.

The right-handed batter played his final ODI match last year in July at Lord’s against Bangladesh.

Mohammad Hafeez was also a member of the ICC Champions Trophy 2017 winning team.

Test cricket is ‘real cricket’, Virat Kohli says ahead of his 100th game

What to anticipate When You Meet up with Slovakian Brides

How Dating Statistics Can Help You Locate a Partner

Dua Zehra is free to go wherever she wants, Lahore court rules