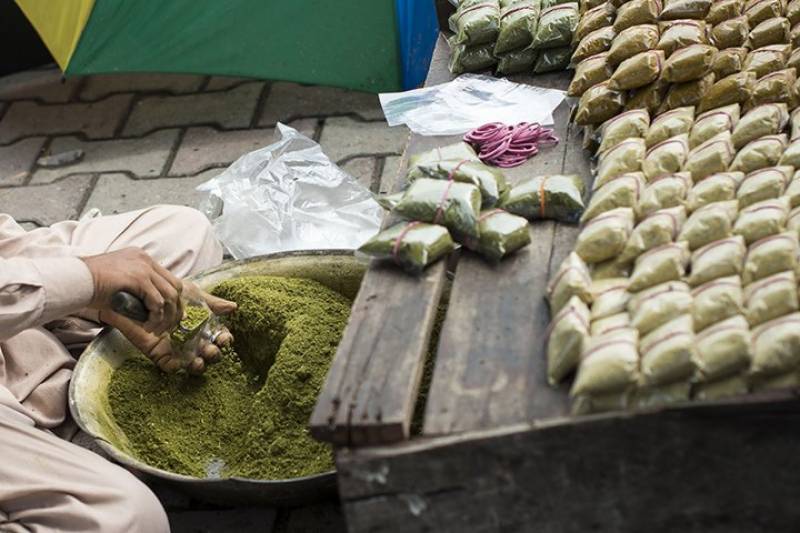 LAHORE – The Anti-Narcotics Force (ANF) has advised Pakistani nationals travelling to Gulf countries to not carry naswar – an addictive substance – with them as it has been listed as a drug there.

warned that travelling with naswar can land the passengers in trouble, adding that they can be penalised as per the law of the destined country if the tobacco snuff is recovered from their possession.

ANF has also put up banners on display at different airports across the country to aware the people about change in rules.

In 2019, The Civil Aviation Authority (CAA) had imposed a ban on carrying Naswar during air travel to and from Pakistan.

A CAA notification read that the act has been deemed “a punishable offence”. All the airports in the South Asian country have been alerted about the ban, it added.

The notification mentioned that all the Arab countries have included naswar in the list of narcotics and that from here on out, strict action will be taken against passengers carrying naswar in their luggage.

Naswar is popular among all age groups from 12 years old to septuagenarians in northern Pakistan.

Women are also among Naswar addicts but it is more popular among the younger lot who imitate their elders.

According to pulmonologists, use of Naswar directly causes lung, stomach and mouth cancer besides causing bronchitis, kidney, heart and other diseases.

‘PM Imran Khan is with me’, Shoaib Akhtar says on PTV controversy