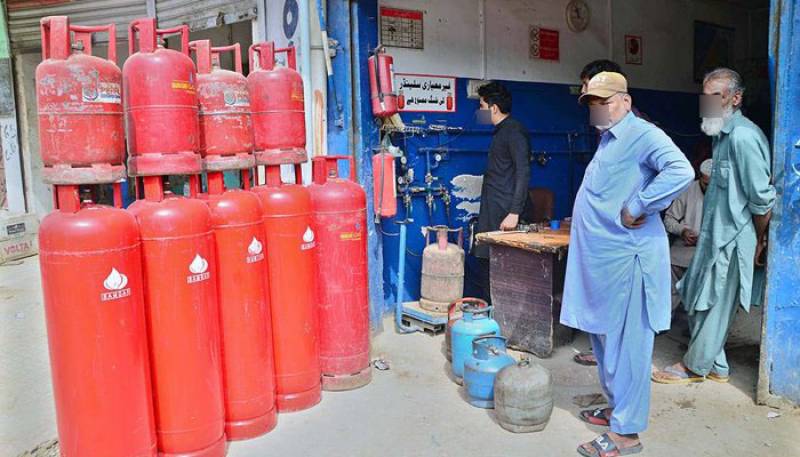 ISLAMABAD – With another hike in the prices of petroleum products on the eve of the new year, the federal government has slashed the price of liquefied petroleum gas (LPG) by Rs5.90 per kg for the next month.

A notification issued by the Oil and Gas Regulatory Authority (Ogra), said the new price of Liquefied Petroleum Gas is Rs196.67 per kg. The statement said the new prices will be effective from January 1 (Saturday). Following the decrease, the price of a domestic cylinder of 11.8kg has been reduced by Rs105.

Federal Minister for Information Fawad Chaudhry said the government has reduced the price of LPG as a New Year’s gift for the people after launching a health insurance scheme for Punjab.

“The reduction will directly benefit 72% of the country’s population who are deprived of piped gas. The coming year will see a sharp decline in energy and food prices,” Chaudry wrote on Twitter.

The extreme shortage of piped gas supply has forced the majority of citizens to start using LPG. Residents of major metropolises affected by gas load-shedding say that the use of LPG has led to a 10-fold increase in gas prices.

Late Friday, the PTI led government increased the prices of petrol and high-speed diesel (HSD) by Rs4 per litre. “In the fortnightly review of petroleum products prices, Prime Minister Imran Khan has rejected the proposal of Ogra for an increase in prices of petroleum products and advised to increase only Rs4 per litre to meet the petroleum levy target agreed with the IMF (International Monetary Fund),” the statement cited

Going out with Statistics — Why Women of all ages Are More Likely to Be...

Why Do People Online Night out?