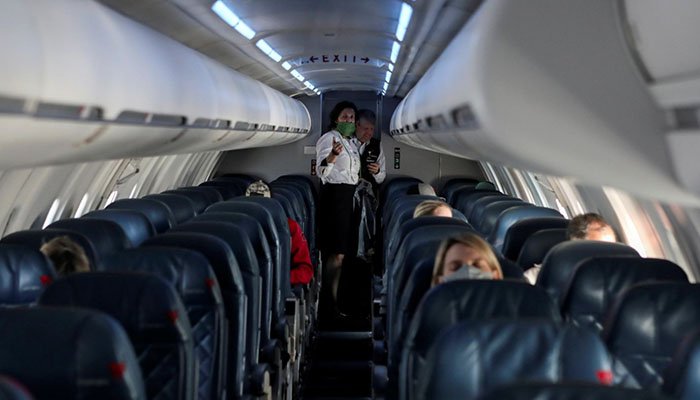 A 51-year-old woman — Patricia Cornwall — allegedly assaulted and spat on another passenger while being onboard a Delta flight from Tampa to Atlanta.

The incident occurred on December 23, when Patricia found the aisle blocked by a beverage cart as she was returning to her seat from the bathroom. When the flight landed in Atlanta, she was met by the police and then taken into FBI custody.

According to NDTV, when she was requested by a crew member to take an open seat until the beverage cart could be moved, Patricia promptly said: “Who am I, Rosa Parks?” She brought up the name of the famous African-American civil rights activist, who is known for the incident in 1955, and she declined and refused to let go of her seat to a white man.

Reacting to this statement, a man who was seated nearby reminded Patricia: “You’re not Black, this isn’t Alabama, and this isn’t a bus.”

Because of his words, she confronted him and things got escalated until Patricia punched and spat on the other man. The assault got recorded by another passenger and the video went viral after they uploaded it.

The police stated: “Based on the statements gathered and visible evidence, officers detained Ms Cornwall and contacted the on-call FBI agent,” per the report.

It has been reported by CNN that on Monday afternoon, Patricia appeared in federal court in Atlanta. The accusations applied on her are of: “assault by striking, beating, or wounding R.S.M. in the special aircraft jurisdiction of the United States.”

Man moves to office with his belongings to protest low salary